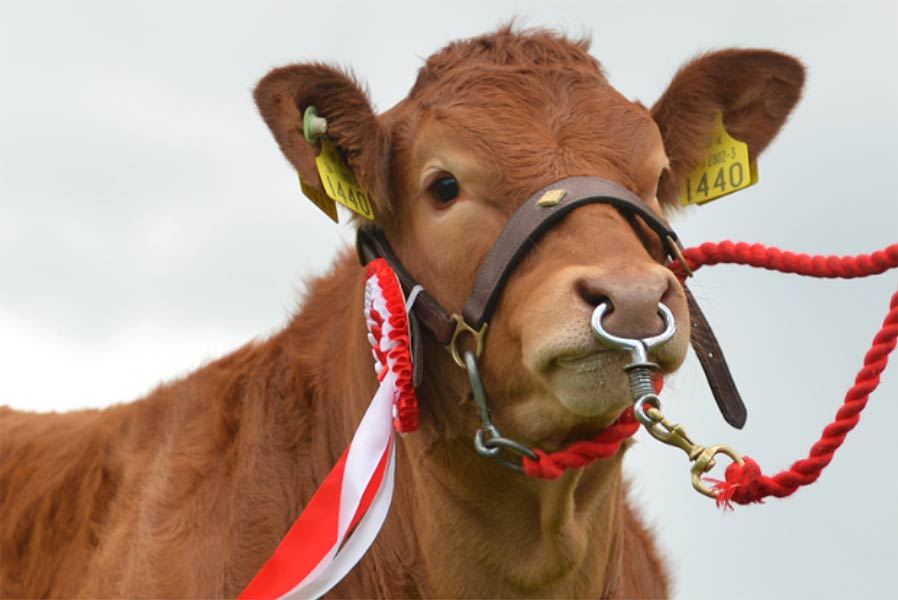 Two of the best known and revered herds in the country – Castleview and Roundhill – held their biennial heifer sale on Friday 14th September at Roscrea Mart. Forty nine deep pedigree females went under the hammer with almost all finding new homes. George Candler was auctioneer for the sale and bought his renowned auctioneering style to the podium at what was a lively sale with keen interest from a large audience. Both herds have amassed considerably successes in both the show and sales rings, both have also had a huge influence in the Irish herdbook. Many Noted AI sires were bred at Castleview and Roundhill, including Castleview Gringo, Castleview Casino and Castleview Gazelle along with Roundhill Saturn Et and Roundhill Dara.

Three thousand euro was the selling price for Castleview Lily, a September 2016 born heifer. Lily has Wilodge Tonka, Nenuphar and Na Claudus in her lineage. Born in September 2016

At the same price was Castleview M 877. This 15 month old heifer is a daughter of Cameos (LM2191) and the Wilodge Cerberus dam Castleview Helen.

Four heifers from the Castleview herd attained a selling price of €2,600.

Castleview Linus sold for €2,300. Linus is a daughter of Ampertaine Gigolo (S1633) and Castleview Fawn. She was born in December 2016

Selling at €2,200 was Castleview Matura, a daughter of Ampertaine Commander (APM) and Castleview Jill.

At €2,100 was the Dieunordic (S2102) daughter Castleview Lavinia. Her dam Castleview Ebony Et has Fieldson Alfy and Ferry in her back pedigree.

Castleview Liberty also sold for €1,900. Liberty has On-Dit (ONI), Fieldson Alfy and Imperial in her lineage.